Sacred Games 2 actor Saif Ali Khan admits, that he ‘didn’t like the second season’. The actor will be soon seen in yet another digital series Tandav, directed by Ali Abbas Zafar. 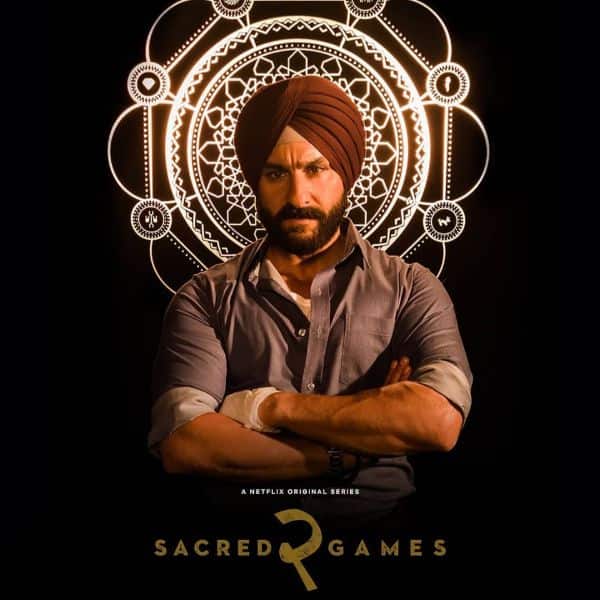 Talking further about the show, “The first season was the most interesting thing I had ever seen on television from any country, especially Kubbra’s [Sait] Cuckoo track and how she went on to do frontal nudity. The love story between Ganesh Gaitonde [Nawazuddin Siddiqui’s character] and Cuckoo was phenomenal, as was the way sex was treated between them. For me, the way she played the character put the show into a league of its own.” He also went on to add, “Many people said that they loved the first season, but felt that we lost the plot with the [track of] Guruji [Pankaj Tripathi’s character].

The open-ended climax didn’t go down well with the audience, although I liked it.”

Interestingly, now the actor will be seen in yet another digital series. Titled Tandav, the series is based on the lines of American TV show House of Cards. “It is a show based on politics and is set on a massive scale. I don’t want to use American examples, but it’s along the lines of House Of Cards, [albeit] set within the framework of Indian politics. The plot takes into account various factions like Dalit politics and UP cops and the whole nexus between them,” Siaf explained. He will be seen as a politician for the first time in his career. Tandav is directed by Ali Abbas Zafar. “My character is Chanakya-like, in the guise of a youth leader who comes from a privileged background and [aspires to] become the Prime Minister.”

The Sky Is Pink Movie Review: Priyanka Chopra Leaves You Misty-eyed With Her Heartfelt Performance

#YoSonakshiSoDumb Trends; Sonakshi Sinha Trolled After Failing To Answer A Question On KBC 11

Priyanka Chopra and Kareena Kapoor Khan groove to Aaj Ki Raat and is a MUST SEE!

When will Priyanka Chopra Jonas have a baby?...