Aishwarya Rai Bachchan’s look from Maleficent: Mistress of Evil has a French connection. 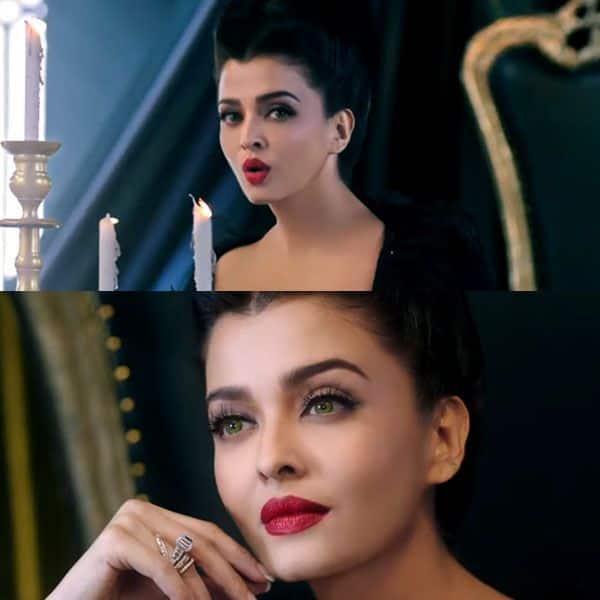 Walt Disney is returning with popular fantasy drama, Maleficent’s sequel which is titled Maleficent: Misstress Of Evil. Angelina Jolie will be reprising his role as the evil fairy and self-proclaimed Mistress of all evil. Disney India had approached actress Aishwarya Rai Bachchan to voice Angelina’s character for the Hindi dubbed version of the film. The teaser of the same was out which saw Aishwarya’s powerful voice catching each and every emotion of the character beautifully. Aishwarya will also be seen promoting the film throughout India. For one such media interaction, Aishwarya gave a french twist to her style file.

For a special promotional shoot for the film, Aishwarya’s hair was done up by French hair expert Florian Hurel. Seen Aishwarya’s avatar in the trailer? Looks almost similar to Angeline right? Well, that’s because the whole team of the shoot had put in all their efforts which, hands-down has turned out to be stunning.

“The look is used for the promotion of the film. With the team, including make-up artist Mickey Contractor, we spoke about what were we going to do. I came up with two hairstyle references and she agreed to go with the one I thought will be the best for the promo shoot — and inspiring from Angelina,” said Hurel.

“As we didn’t have the costume from the movie, we had to create a look in the same space. She was very open to do it and keen on me having my time to work on the hairdo. It’s a double French bun. She allowed me to experiment my way,” added the artiste, who also worked with Priyanka Chopra in the film ‘The Sky Is Pink‘.

The central character Maleficent is voiced by Jolie in the Hollywood original of the much-awaited sequel ‘Maleficent: Mistress of Evil’, which is a tale of good versus evil. Jolie reprises her iconic role as Maleficent in the follow-up to the 2014 film.

Talking about her experience of dubbing, Aishwarya recently said: “It is not difficult or easy, but this is the first time I have experienced dubbing for some other artiste’s work. So it was a new experience for me. I must admit that I got into it completely.” Maleficent: Mistress of Evil releases on 18 October 2019.

Kangana Ranaut Walks The Talk; To Start Her Own Production House For Talented Newcomers.

Tiger Shroff’s Baaghi 3 may not re-release in theatres; will release now on digital platform

Baaghi 3 all set to break records, trade analysts kick in